Guiding You Toward Financial Security SCHEDULE A FREE CONSULTATION TODAY 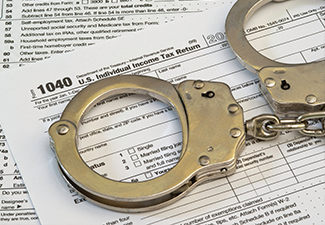 For as long as people have been obliged to pay taxes, there have been dozens of ways to avoid paying them. Many of those techniques are illegal and harshly punished by authorities at the federal and state levels. The government takes allegations of tax perjury very seriously, which is why anyone suspected of lying on their tax form may face severe consequences.

If you have been accused of tax perjury, contacting an experienced tax attorney is a vital step to protect your freedom and seek to minimize the negative consequences. As a skilled tax attorney in Fort Lauderdale, Florida, I know the intricacies of tax laws and am committed to vigorously protecting my clients’ interests. I’m prepared to advocate for the most favorable result in your tax perjury case.

At Zuckerman Law, LLC, I provide exceptional legal guidance to clients and help them pursue resolutions to their tax issues in Fort Lauderdale, Aventura, Boca Raton, Miami, Hollywood, and throughout South Florida.

What Is Tax Perjury?

Many taxpayers mistakenly believe that tax evasion and tax perjury are synonymous. However, the Internal Revenue Code considers “tax perjury” to be a separate crime. In fact, the elements to prove that tax perjury has occurred are not the same as in tax evasion cases. The term tax perjury refers to cases in which the taxpayer makes false statements or lies on their tax form.

Intentionally making false statements or filing a false tax return can lead to severe civil and criminal penalties. Thus, if you are accused of committing perjury, it is imperative that you work with a skilled tax attorney to defend your rights and fight the best possible outcome in your case, whether you actually owe any taxes or not.

There are three specific elements to prove to hold a taxpayer responsible for tax perjury:

The mere fact that you are accused of committing tax perjury does not necessarily mean that the Internal Revenue Service (IRS) has sufficient evidence to prove the above-mentioned elements and hold you criminally responsible.

Situations in which a person commits tax perjury may include the following:

That is a non-exhaustive list of examples of tax perjury. Reach out to a knowledgeable tax lawyer to help you understand how you can defend yourself against a perjury charge.

If the IRS proves that you lied on your tax return or provided false statements on other tax forms, you may face both civil and criminal penalties. As a result, a taxpayer accused of committing tax perjury may face prison time and/or probation and may be required to pay hefty fines, restitution, and prosecution costs. According to the IRS, the federal agency also charges interest on penalties.

Legal Advocacy You Can Trust

As a tax attorney who has an enviable track record of success protecting the rights of clients in Fort Lauderdale and throughout South Florida, I understand the serious impact of tax perjury charges. That is why my ultimate goal is to provide clients with skilled advocacy and personalized guidance to help them secure the most positive outcome possible. Reach out to Zuckerman Law, LLC, to discuss your particular case.